About Presenting Data on Maps

Plotting data on maps is a specialised area that is quite different from normal graphing. This article describes the sorts of data we can present using maps and ways in which we can use maps in constructing data visualisations to help ourselves and others better understand that data.

We start by outlining the types of data that are appropriate for presentation on maps and then go on to show ways of visualizing data using maps; addressing important issues about using maps for data visualization as they arise.

Everything you see illustrated in this article is very fast and easy to obtain using iNZight's Maps module.

The types of data most commonly plotted on maps

The two types of data most commonly plotted on maps are location (or geographical coordinate) data and regional data.

(In this data, continent could also be used as a region variable if our data was recorded at the level of continents)

Statistical exploration of data using maps is typically concerned with finding patterns in the data that are related to geography, leveraging off what we can see about what is close to what (or far from what), and the reminders the maps give us of our own general knowledge about different locations. We are particularly looking for patterns that make some sort of sense (or are interesting) geographically, and any notable exceptions to those patterns.

With location data we start by plotting the locations (latitudes and longitudes) on the map using some form of plotting symbol (e.g. a circle). But doing that that just shows us the locations we have data for. It does not communicate any of the information we have about what happened at each of those locations. So we need ways of putting the additional information from some of these other variables onto the map as well. 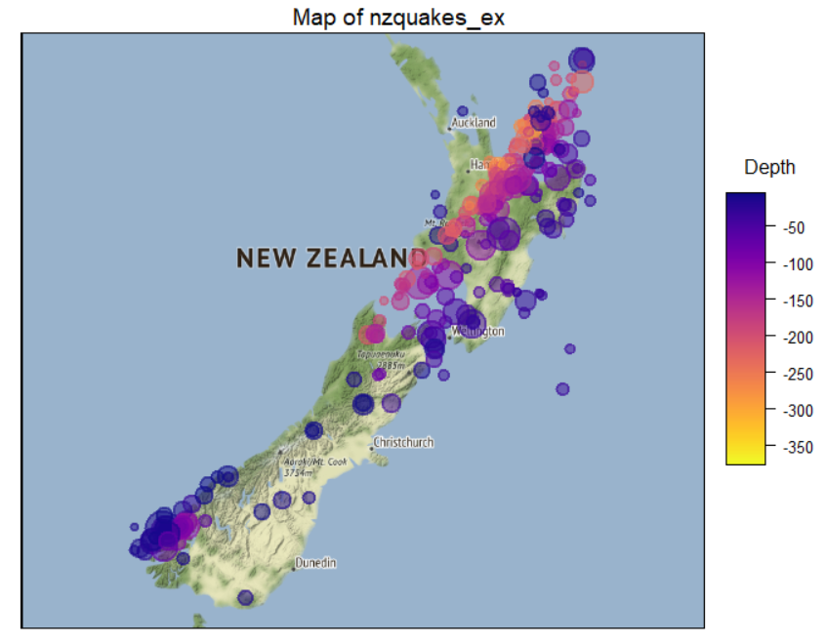 (for interactive maps)    (- jump to interactive maps)
- Hover over: Display the values of variables when the mouse hovers over a point
- Select/Brush: When points on the map are selected in some way, initiate some sort of new display.
This make be as simple as showing labels and variable values, or we could throw up some new graph,
or highlight related features in another graph

- Array of maps: let’s you see a lot of maps at once and compare them
- Playing through a sequence of maps: Can be good for looking at changes (e.g. over time) 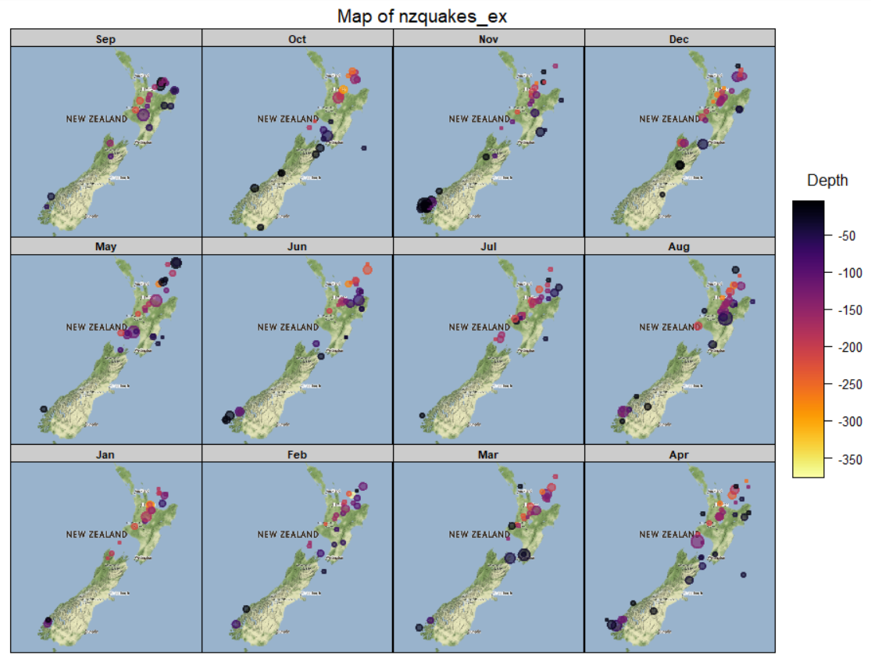 Example
Here is an interactive version of the February plot. This one responds to hovering over points, and selecting a set of points by left-clicking and dragging. Which variables get displayed when hovering is controlled by the "Variables to display" dialog a the top of the frame. When a set of points is selected by dragging, their data values appear in the Table. Clicking on "Table" at the top of the frame toggles between removing the Table and bringing it back again. (Click the graphic's help page -- small "?" at top right.)

(cf. the contours of equal atmospheric pressure ("isobars") on a weather map, or of equal altitude on a topographical map -- Still to be written- not implemented in iNZight yet)

Typically people colour regions of a map according to the value of a (single) variable. Such maps have historically been called choropleth maps. If the colouring has been done according to the values of a continuous variable the result is sometimes called a heat map. (Different shading patterns are sometimes used as an alternative to using different colours.) 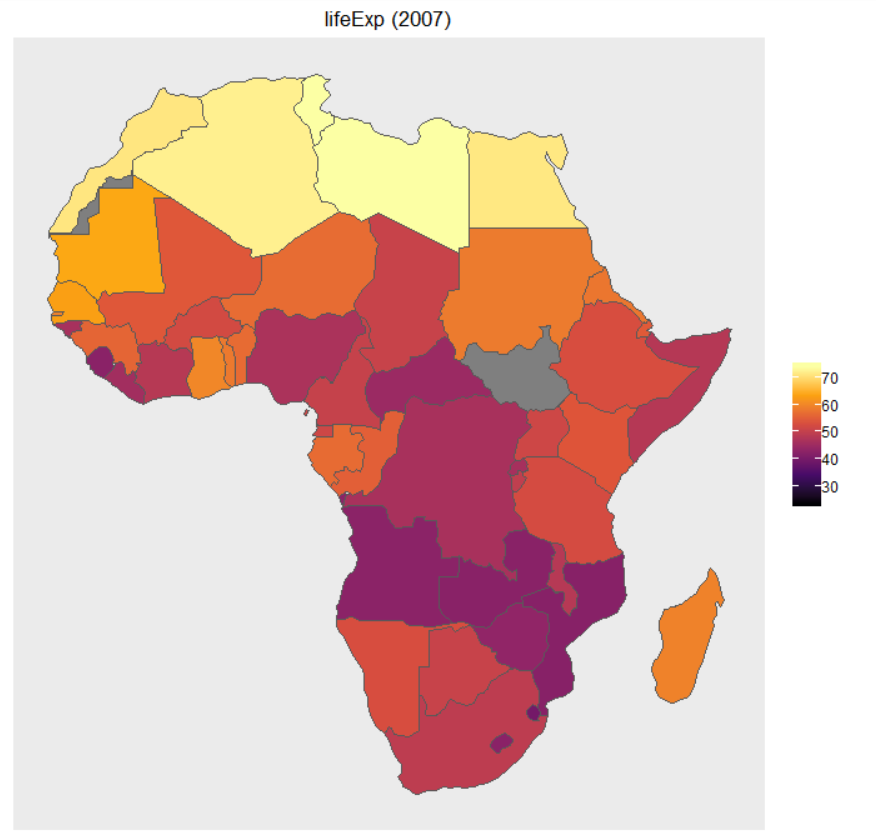 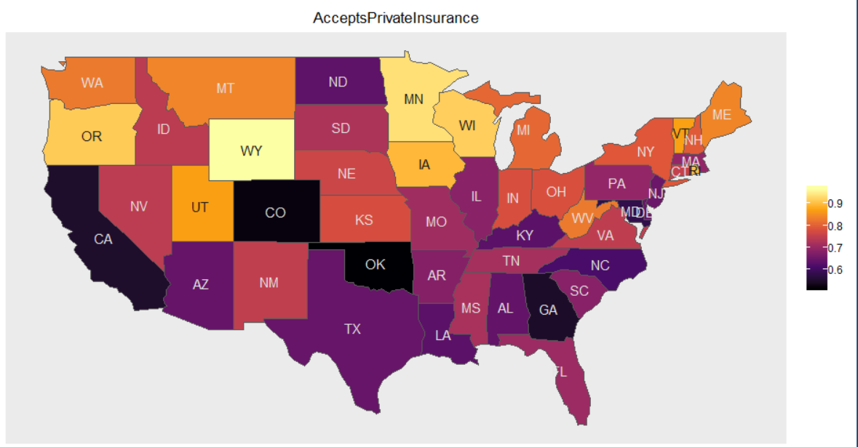 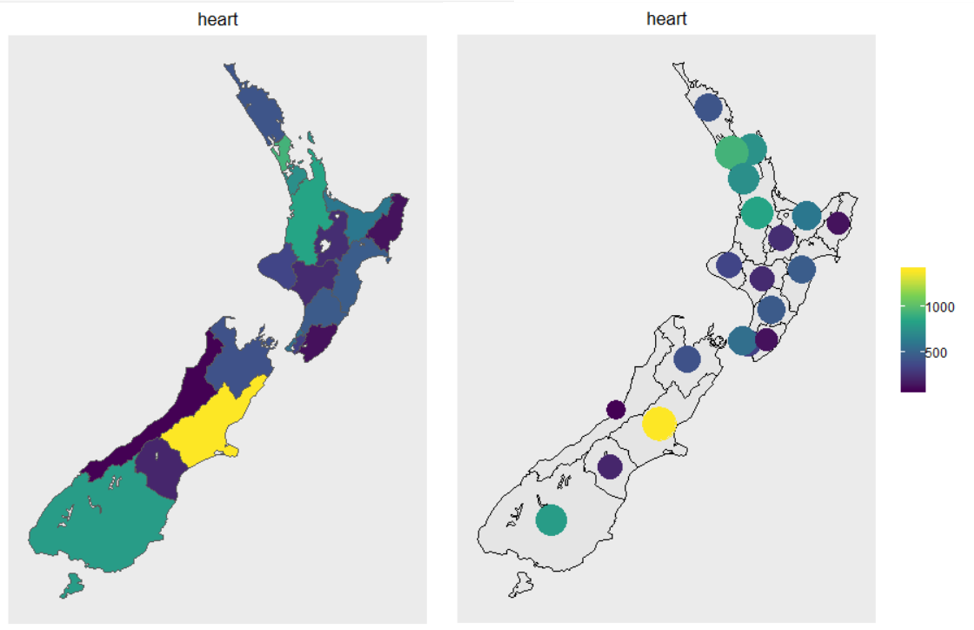 (Playing through a sequence of maps, one for each year - animated gif) 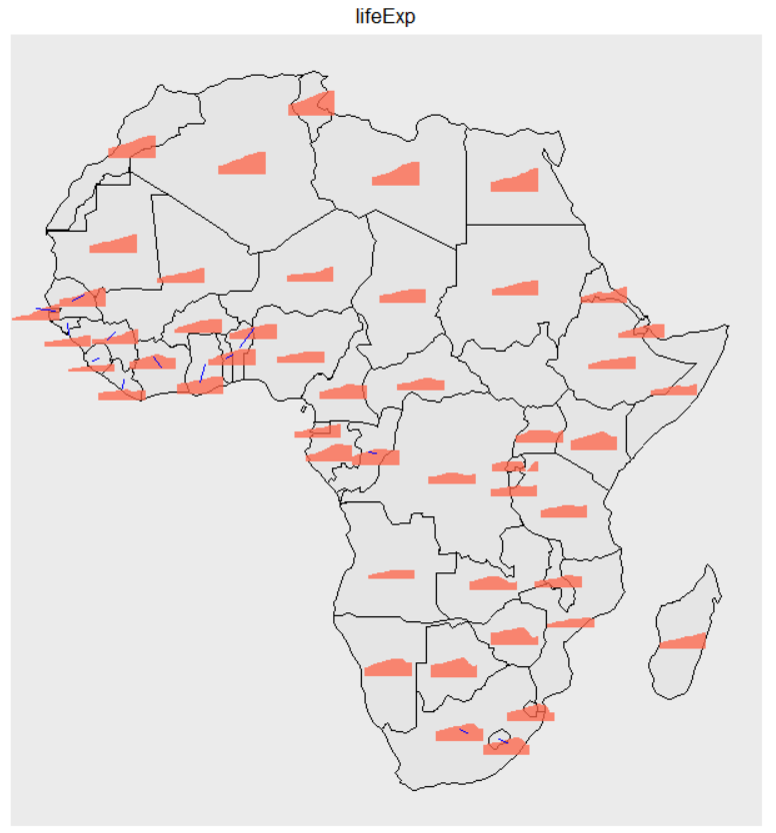 (Drawing a mini time-series for each country)

There is a great deal of interactivity besides hover-over in this plot. Clicking on a Country (but not on the little icon within the country) highlights the detailed time-series plot for that country on the right. Holding down the shift key while you click enables you to add countries. You can likewise hover over the set of time series on the right-hand plot to discover details, or click (or shift-click to accumulate countries) to link back to the map on the left. You can also pan (click and drag) and zoom (mouse wheel) on the map plot to get closer to small areas. (Click the graphic's help page -- small "?" at top right.)

Click "Table" to remove the table. You can change the year using the slider at the upper-right, or play across years by clicking play button just under it. The variable being represented on the map can be changed using "Variable to display". Panning and zooming works here too. (Click the graphic's help page -- small "?" at top right.)